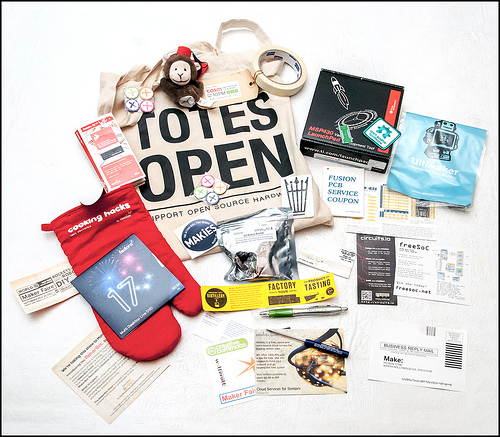 I sponsored the 2011 Open Hardware Summit but didn't take the opportunity to put anything in their goodie bag that year. (Incidentally, does anything sound stupider than the term goodie bag?) When I sponsored again this year, I needed to find something for the bag that would:

Unlike TI, I can't deal out $5 LaunchPads to 450 OHS attendees. To be honest, I can't even afford a bare PCB at $1. And even if I could, an unpopulated PCB with the company name on it doesn't really tell somebody much about XESS. Printed stuff like flyers is better for that, but those are the first thing people throw away when they go through the bag. Still, something printed is the only thing that would meet my cost constraints. I just needed a way to keep them out of the garbage can.

Years ago during a discussion about UARTs, someone pulled a tattered business card out of his wallet and said "I've had this guy's business card for years. I keep it because it has an ASCII code table on the back." That's what I needed.

But it's kind of a crapshoot as to what single piece of information will make a person keep a business card for years. So I scaled the idea up to a 4" x 6" postcard and put a bunch of different stuff on it, figuring that someone would keep it if they found even one thing on it that they liked. Here are the items I selected:

I placed these things on the front or back of the postcard depending upon whether they were more aligned with analog or digital design. Here's what my "Maker's Toolbox" card looks like: 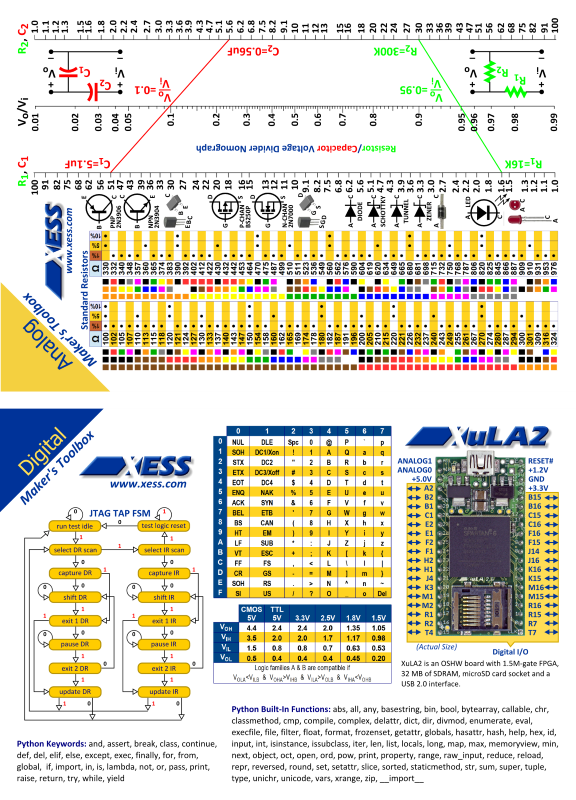 Based on a Twitter recommendation from @macegr, I had 1000 of the postcards printed at OvernightPrints for $102.88 (that includes shipping). So I got my promo cost down to around a dime per attendee.

I've made my design files for the postcard available under a Creative Commons Share-Alike license. Now you can create your own cards for the 2013 OHS. Here are some ideas to get your creative juices flowing:

Here's a few notes about the design files in case you want to modify or extend them: