My First KiCad Board!

Posted by: Dave Vandenbout in Blog Post 6 years, 3 months ago

I made the decision last year to move from Eagle to KiCad. I got tired of releasing OSHW boards that many people couldn't modify because the freeware version of Eagle was so limited. I also got tired of paying $600 for upgrading to the next major release, especially when the big, new feature was ASCII-encoded design files. Really, that's it?! Hold me back! <<more...>>

Thanks Bunches for That!

Posted by: Dave Vandenbout in Blog Post 6 years, 4 months ago 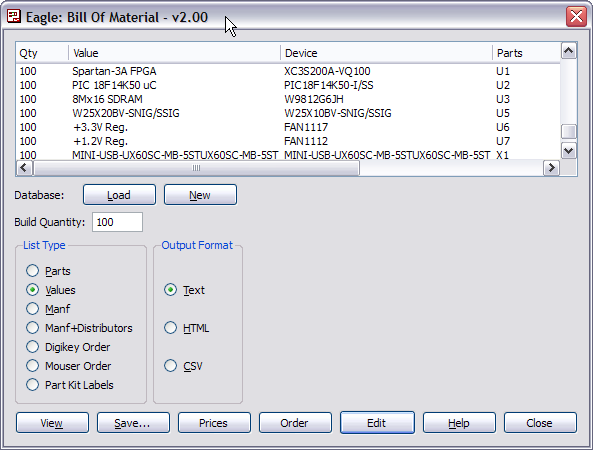 I've written before about my favorite Eagle tool: a pricing ULP that gets real-time prices for parts from Digikey and generates a BOM cost for building a set quantity of boards. Recently, Jorge Ortiz from the Jicamarca Radio Observatory modified the code to remove the restriction of only allowing a single ordering number and value for a part. That was a problem for things like resistors which have different ordering numbers for each resistance value. He even added the capability for specifying multiple manufacturers for a part which is helpful for things like resistors and capacitors. Jorge also found a fast way to go directly to the Digikey web page for a given part and avoid the much slower search function technique I used. <<more...>>

Posted by: Dave Vandenbout in Blog Post 6 years, 4 months ago 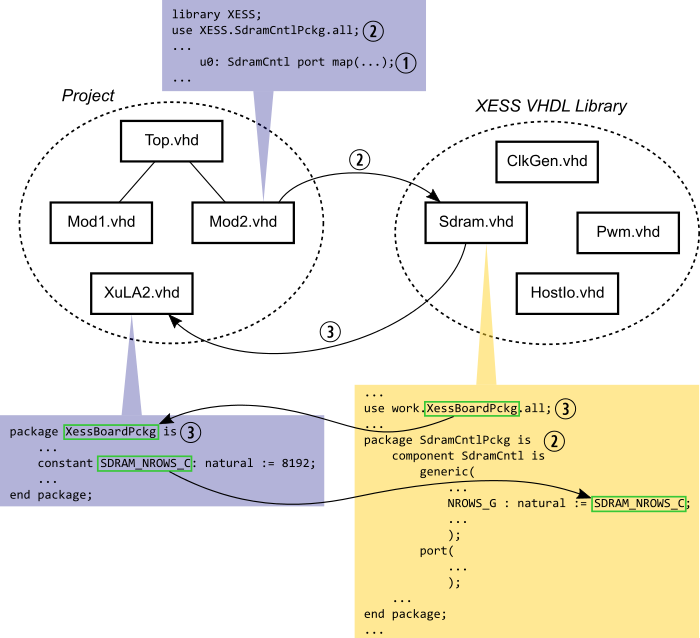 I recently wrote about my problems that arose when I re-organized the library of VHDL modules that goes with the XESS FPGA boards, so I thought it would be good to show how the library is now structured. <<more...>>