I've gone through a bunch of resources about the ESP8266 Wifi module and verified that I have a couple of working units, so now it's time to start using them with a ZPUino softcore processor running on a XuLA2 board.

But before I could actually start writing programs, I needed to physically attach the ESP8266 module to a XuLA2 board. The module has an unfriendly 4x2 header that doesn't conveniently fit into a breadboard. And the arrangement of power, ground and I/O pins on the header doesn't match up with any of the connectors on the StickIt! board.

Then I remembered I designed some small StickIt! prototyping boards for last year's PyOhio class on programming FPGAs. I figured I could mount an ESP8622 module on one of those, insert it in a PMOD connector of a StickIt! board, and then insert a XuLA2 in the StickIt! board socket.

I didn't want to solder one of my ESP8266 modules to the prototyping board, so I decided to build a socket for it. I had some six-pin, right-angle PMOD sockets laying around, so I ripped out some pins, cut-and-sanded the socket housing, and bent the leads into a pattern to fit on the board as shown below. 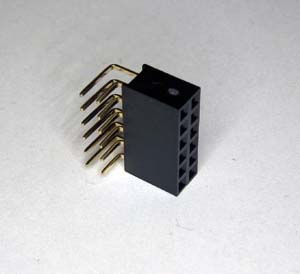 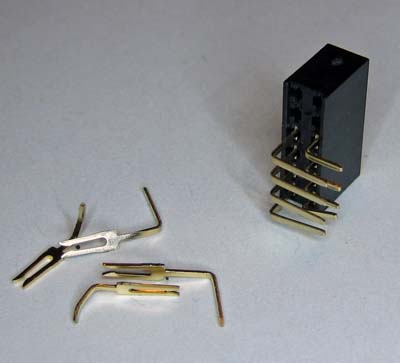 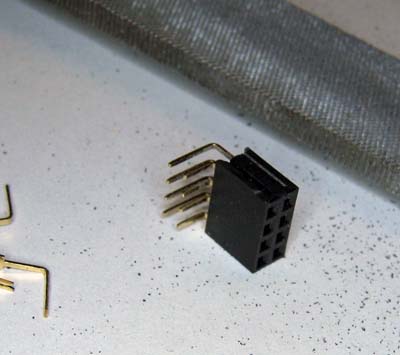 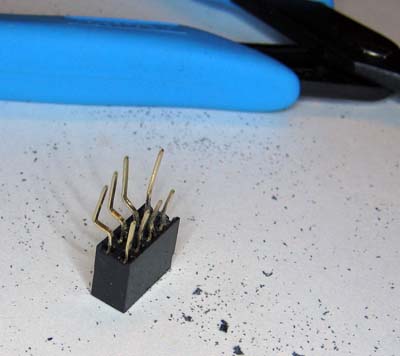 Then I mounted the modified socket and made connections from the serial TX and RX, reset, and select pins of the ESP8266 module to the PMOD interface of the prototyping board. 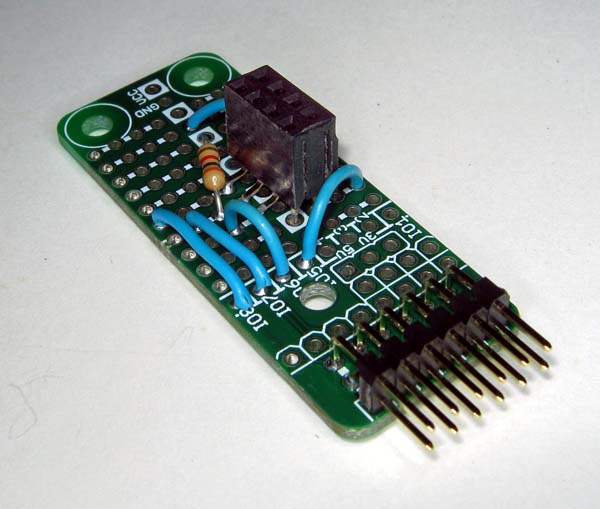 Finally, I inserted the ESP8266 module into the socket and attached the prototyping board to a StickIt! board with a XuLA2 FPGA board. Voilà, a nice, neat little package ready for programming! 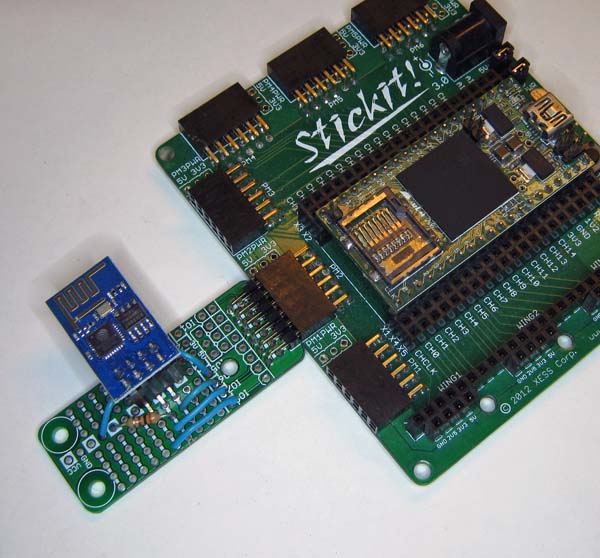